Potential Competition For Chris Boswell In The Offseason? 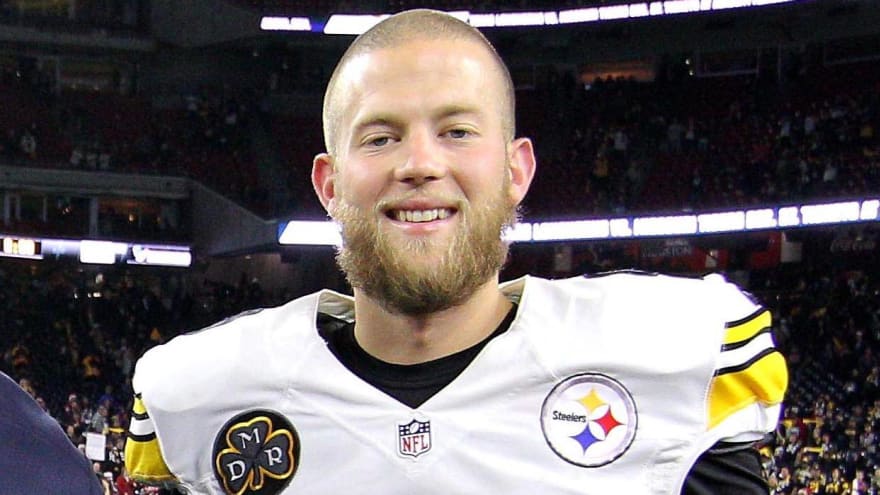 The Antonio Brown saga remains the hottest topic on the lips of Yinzers everywhere. Even my very own, all the way over in Scotland. However, let’s avoid the immediate drama for now until we get more details and instead cast our thoughts back to the misery of special teams, which, incidentally, is slowly becoming my favorite topic of discussion.

Remember back in the year 2017, which feels oh so long ago, when Chris Boswell produced a career-year? The same year that he nailed multiple game-winning field goals and certified his status as an honorary “Killer B”. That season Boswell converted 35 of 38, producing a FG conversion rate of 92.1%. In addition, he also nailed 94.9% of his XPA’s, with 37 of 39 made.

The future looked brighter than ever in the build up to the 2018 season, as Boswell was signed to a five-year deal on August 23. Yet, much like the Pittsburgh Steelers’ abysmal season, his fell to pieces too. He concluded the year with just 13 field goals made, having missed 7 of 20. Additionally, he missed 5 extra points. Both his field goal percentage (65.0%) and XPA percentage (89.6%) were the worst of his career.

To end the season, Boswell was placed on the injury/reserved list with a groin tear. Subsequently, Matt McCrane took his place, and made good on three clutch field goals in week 17. The aforementioned McCrane remains an Exclusive Rights Free Agent (ERFA), meaning he must accept the contract the Steelers offer, should they choose to do so. That said, with the impending list of players with contracts running out, he might not be the only competition. 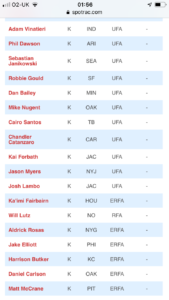 Above is the full list of kickers who could hit free agency this offseason, but for many, a new contract for their respective teams is an absolute no-brainer. That can’t be said for all of the above however, and they may just find their way to Heinz Field.

Firstly, let’s address the obvious. Matt McCrane will most certainly be offered a contract, regardless of how short it may be. His ballsy performance against the Bengals demonstrated ice-cool confidence. That being something Boswell has lost all year long. On the other hand, McCrane doesn’t have the leg power to compete against Chris realistically. In spite of the accuracy he displayed, this was evidenced in the 47-yarder on Sunday. Thus, it’d certainly be a risky move to start McCrane over the latter, and for Steeler Nation, probably the cause for more controversy in the Steel City.

Robbie Gould has largely bounced around the league, but that’s not necessarily uncommon for kickers. He boasts a career field goal conversion rate of 87.7%, making good on 358 of 408 attempts. This season he has been unreal, converting 33 of 34 kicks. His 97.1% completion percentage lead the league for 2018. It is unlikely that the 37 year-old will refuse another contract from the 49ers. However, being that he is an unrestricted free agent, the Steelers may be able to sway him to join us.

The last obvious contender is Dan Bailey. Dallas’ all-time leader in FGM was unceremoniously cut following the conclusion of the 2017 season. After waiting out for a good financial deal, the Vikings picked him up in week 3, but boy did he disappoint. Ranking 29th in field goal percentage (75.0), Bailey missed 7 of 28, as well as 1 extra point. It wouldn’t be surprising to see the Vikings refrain from resigning the veteran, after producing the lowest field goal percentage since Blair Walsh in 2014.

Who Gets The Go-Ahead

Genuinely, I hope it’s Bozzy. When he has confidence there aren’t many players who can out-kick him. He has tremendous accuracy and fairly solid range. I believe that the offseason will prevent a sufficient opportunity to recuperate physically, and more importantly mentally for him. That said, bringing in McCrane and Bailey (should he remain a free agent) provides excellent competition for Boswell to earn his role once again.

I, for one, am rooting for him and I think you should too. 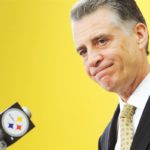