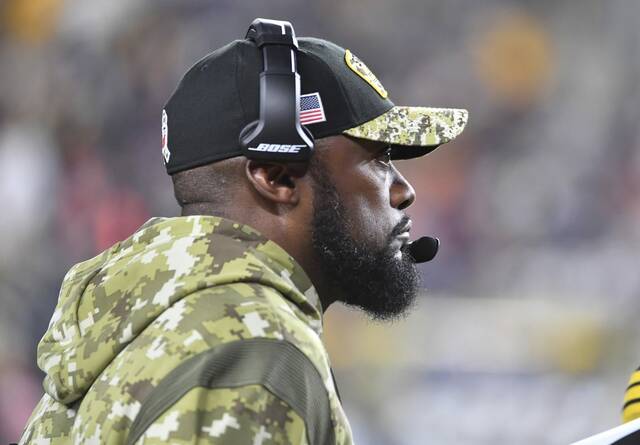 Does anyone really know what taunting is? Would you know it if you saw it? Have you become accustomed to it in the sports that you watch? Do you even have an opinion on it? If not, this isn’t for you but it is for Pittsburgh Steelers’ Head Coach Mike Tomlin.

Last night’s game in the Steel City featured a taunting call against former Steeler and current Bear Cassius Marsh. The outside linebacker sacked Ben Roethlisberger, performed some type of “karate kick” and then proudly walked towards the Pittsburgh bench. After a few steps he stopped, stood proudly and turned to go back to his bench. To the best of our knowledge Marsh didn’t say anything verbally. His body language clearly demonstrated something along the lines of “See what I can do?!? You shouldn’t have cut me!”

This was flagged by head official Tony Corrente as “taunting.” Per the NFL, The rule for taunting hasn’t been changed, per se. NFL officiating crews are just going to place an emphasis on taunting in the 2021 season, meaning: No more flexing on your opponent after a big run, no more excessive trash talk on the field and, potentially, no more Tyreek Hill deuces thrown up on a big play. (per the sporting news)

For Tomlin’s part, he’s part of the NFL’s Competition Committee. If you heard his comments in today’s press conference then you know he isn’t backing down in his belief that the rule needed greater enforcement. “We’re just trying to clean our game up,” Tomlin said Tuesday. “We embrace the responsibility that comes with being the role models that we are. This game being played at the highest level, we understand that people who play at a lower level watch us and often mimic the things we do and how we conduct ourselves and just largely as a league competition committee specifically, there was a desire to improve in that area. That’s been expressed to our guys. ” (quote courtesy espn.com)

What Tomlin and the NFL are doing is basically trying to put the horses back in the barn. Smack-talking, chest thumping and in-your-face gestures have been going on for a couple of decades now across all sports. While I appreciate his and the efforts of the committee I believe it may be too late. But I’m glad he’s still trying.

I couldn’t agree more that greater enforcement of it was needed for the reasons he outlined. My son plays high school athletics. I see this type of thing on a consistent basis. From my perspective, when an athlete makes a good play and celebrates with teammates or makes demonstrative movements not aimed at the opponent then I’m good with that. The problem as I view it is that when athletes turn their actions towards the opponent or opponents’ bench. That’s when we have taunting. And that’s exactly what Cassius Marsh did.

Many look at what Marsh did as harmless. I respect that opinion but I disagree. He was clearly taunting the Steelers’ sideline. If Minkah Fitzpatrick or T.J. Watt did the same I would expect a flag. What Marsh did is definitely small potatoes compared to much of what we see every week. Guys standing over a player they just tackled or guys getting up in a player’s face are much more likely to draw a flag and rightfully so.

But to Tomlin’s larger point, this behavior has trickled down to younger kids and it has to be curbed. It’s one thing for two guys to talk smack on the basketball court while running up and down it. It’s a completely different thing when players are purposefully trying to intimidate and embarrass their opponent.

There’s no place for it and there’s no need for it in the arena of sport. Society seems to have accepted it as part of the games we play, enjoy and watch and I guess that’s just how cultures evolve whether I like it or not. I support Tomlin’s efforts and his reasoning but I fear it’s probably a losing cause.

[…] didn’t have much support for Marsh or the Bears, responding to the taunting call, which was made after Marsh had barracked the Steelers […]