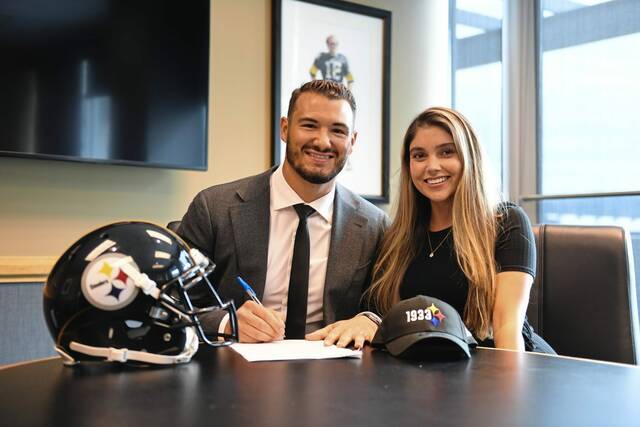 When he was selected as the second overall pick in the 2017 NFL Draft, a lot was
expected of Mitchell Trubisky. Chicago Bears traded with San Francisco 49ers to
move up a place on the board in order to secure the QB.

Trubisky is now at his third NFL franchise. He spent four years with the Bears,
finishing with a 29-23 overall record. He led the team to the playoffs in 2018 and
2020 but was beaten in the opening game of the postseason in both of those years.
The North Carolina graduate was then in Buffalo in 2021, where he backed up Josh
Allen. He did not start a game for the AFC East champions, but he did feature six
times across the regular season.

Trubisky is expected to be Pittsburgh’s starting QB from week one this season.
The Steelers are +3300 for the Super Bowl with PA betting apps such as reputable
bookmaker Unibet. You may also be able to pick up a risk-free bet on them with
the sportsbook.

Hopefully the Steelers can prove to be a Cinderella Team next season. Not many
pundits will be expecting Mike Tomlin’s team to have success in this transition
period. In order for them to do that, Trubisky is going to have to settle in fast.
Tomlin Will Put Full Confidence in Trubisky
There have been reports suggesting that former Bears head coach Matt Nagy was
not the most agile coach in Chicago. He had his own vision on how he expected his
quarterback to play, and often it wasn’t to Trubisky’s strengths.
Under Tomlin, Trubisky will get the full support of his head coach, something
which may just help his confidence. Even if he gets off to a shaky start, he can
expect Tomlin to stand up for him publicly.

Super Bowl winner Tomlin spent 15 years working with Ben Roethlisberger as his
quarterback. The chance to work with an upcoming QB will be a challenge that
Tomlin is likely to be relishing.
As great as Big Ben has been in Pittsburgh, Trubisky allows the Steelers to adopt a
new approach to their offense. The former Bears and Bills QB is not afraid to
break out of the pocket and will help his side improve their rushing stats.
Wide Receiver Talent
The wide receiver talent on Pittsburgh’s roster could improve further at the NFL
Draft. The Steelers are being linked with some of the highest-rated players at that
position with their early picks.

Trubisky will be hoping to form a great relationship with the current crop of wide
receivers on the roster. One of those will be Chase Claypool. He scored nine
receiving touchdowns in his rookie season in Pittsburgh.

Diontae Johnson will also be looking to benefit from the new QB. He had his best
year yet in the NFL in 2021, scoring eight receiving touchdowns and clocking up
1,162 receiving yards. The Pro Bowler is likely to be one of Trubisky’s main
targets.

The move to Pittsburgh will see Trubisky link up again with Anthony Miller. He
played with the WR at Chicago between 2018 and 2020. Miller scored 11
touchdowns during that period.
In what is going to be a new era in Pittsburgh, hopefully Trubisky can prove why
he was such a big prospect when he went into the NFL Draft in 2017.